At present, as we mentioned in “Current status of golden eagles”, there is no doubt that golden eagles in Japan are moving toward a worse situation as you can see a decrease in the reproduction rate and number of golden eagles and by actually seeing golden eagles on a mountain. So much so that it makes us feel that if this situation continues, in the near future, “there will come a day when golden eagles will be gone from most of the mountains in Japan!”

It has been only 26 years since I saw a golden eagle for the first time. But even in this short period of 26 years knowing that it is just a tiny proportion, when you observe golden eagles in their habitat fields for 150 to 250 days every year, you can feel their voices and appeals, which made me consider “Can’t I realize these calls?”, “Can’t I help create the environment that golden eagles seek?”. These ideas were the beginning.

And what led to the establishment of this association was the consideration that if we were going to do golden eagle protection, “we want to eliminate human convenience as the first priority, which is very common, and instead do activities that put the priorities of golden eagle convenience first”.

Up to now, there were various golden eagle protection plans that were carried out. However, among them, there were many projects that should not have been done to particular pairs at those particular times. For example, there was the “Baby eagles introduction project” (result: death of multiple baby eagles) due to lack of food in many cases, “Setting of a large monitoring camera” beside the nest (result: it disturbed golden eagles entering their nest, causing them to perish), “Constructing unsuitable hunting grounds”, e.g., low lying land, when in many cases, eagles hunt for food at higher elevations than their nests (result: hardly used as a hunting ground for golden eagles), and so on… Of course, I believe that these plans were carried out in a hurry with the idea that “we want to do something about golden eagles going in a worsening direction!” and “we need to solve the problems as quickly as possible!”. However, as I felt “they should have not been done”, if you understand the background properly and review those projects once again, you too will have various concerns about them, isn’t that right? I think this is a very important thing. To see properly, know and judge various protection activities planned nearby in and of itself is a protection activity, I believe. Please keep your eye on protection activities carried out in various places including our activities with this consideration. And if there is a project heading in a wrong direction, please point that out loud.

We too may fail as we plan and carry out thinking it to be the best choice. But when that happens, we will tell every one of you honestly and we will inspect precisely what was wrong including points made for future improvement. Of course, when we also succeed, I think we need to check whether this success occurred just as we expected and not by chance.

We will carefully list up what is needed most for each pair and environment, one by one, and select the best place and form. And of course, that means it requires many days of observation and a great deal of energy. But if that improves the conditions of golden eagles, if that makes the environment surrounding golden eagles rich and beautiful, then we want to carry it out by all means!

And in the end, people live with smiles on their faces composed and relaxed in a valley over which golden eagles fly! This very environment is the rich environment in a true sense for both we human beings and wild animals.

Creating such scenery in Japan together with you and comrades who rose up saying let’s do this together as our goal!! 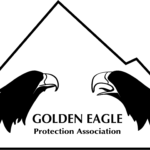 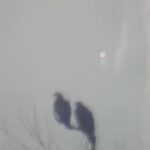 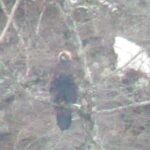 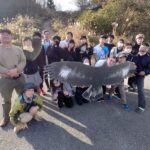 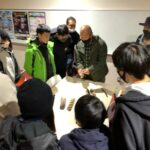 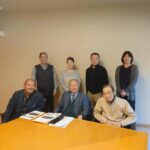 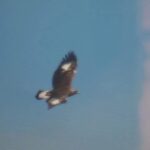 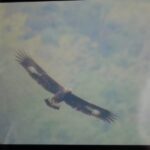 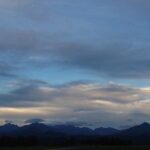 About reprinting and quoting